UNUSA was founded by the Surabaya Islamic Hospital Foundation (YARSIS). The embryo was founded in 1979, namely the establishment of the YARSIS School of Health Nursing (SPK). Later in its journey, the YARSIS Nursing Academy was also established (1985), while the SPK changed to the YARSIS Midwifery Academy (1997). It didn’t stop there, in 2006, the two institutions (AKPER-AKBID) YARSIS carried out institutional integration and conversion to STIKES YARSIS until now with the addition of the Nursing S1 Study Program and the Nursing Profession Program. STIKES YARSIS, which is located in Surabaya, equipped with more than 33 years of experience in managing educational institutions and encouragement from Muslimat NU, PC NU Surabaya, PW NU and PB NU, since 2012 the legal process of transitioning the institutional form to DIKTI to become a university has been proposed. A big but purposeful leap from this long process, finally in 2013 the Nahdlatul Ulama University Surabaya (UNUSA) was formed. Even though he is only 4 years old, on August 15, 2017 the National Accreditation Board for Higher Education (BAN-PT) gave an Institutional Accreditation assessment to Unusa Accredited B according to the Decree numbered 2740.

To facilitate the 17 study programs that are currently open, UNUSA has 2 campuses with complete and modern facilities. Supported by complete laboratories for each study program, it has 3 own hospitals (Islamic Hospital Surabaya A. Yani, Surabaya Islamic Hospital Jemursari and RSIA Nyai Ageng Pinatih Gresik). The function of the hospital, apart from being a health service facility for the UNUSA academic community, is also intended for practice facilities for all existing study programs to support the achievement of student competency targets. Having an Audio Visual Studio laboratory for micro teaching practice for the Faculty of Teacher Training and Education, as well as various other supporting infrastructure facilities for teaching and learning processes.

The curriculum at UNUSA is an up-to-date curriculum in accordance with the demands of modern society with the Competency-Based Curriculum (KBK) learning method and is oriented towards student independence. UNUSA has a clear vision and mission, and continues to add new facilities and study programs in line with the development of education and community needs in the future.

School of Health Nursing (SPK) Islamic Hospital Surabaya which was founded by the Surabaya Islamic Hospital Foundation in 1979, with the implementation of education in the Islamic Hospital Meeting Room Jl. A. Yani Surabaya. Starting in 1983, land was prepared on Jl. Smea number 60 has now changed to number 57 Surabaya, as a place for the teaching and learning process.

The Nursing Academy (AKPER) of the Surabaya Islamic Hospital, was established by the Surabaya Islamic Hospital Foundation in 1985, based on the Decree of the Indonesian Minister of Health. Number 144/DIKNAKES/1985 dated June 17, 1985, to coincide with the 28th of Ramadan 1405H. Initially, the lectures were held in the courtroom of the Surabaya Islamic Hospital, while waiting for all the facilities and infrastructure to be completed during the construction of land for education located on Jl. SMEA No. 57 Surabaya. In 1987, all activities began to occupy the building, which is currently operational. The first director of AKPER-RSI Surabaya is dr. H. Soekanto Soemodinoto, DCM (1985-1997). Since 1998, accredited A and trusted by Pusdiknakes to manage Special Programs for employees/graduates of SPK/SPR with 40-50 students in each batch.

Midwifery Academy (AKBID) Islamic Hospital Surabaya is the result of the conversion of the existing SPK – RSI Surabaya, due to the policy that the SPK can no longer be held. Based on the Decree of the Minister of Health of the Republic of Indonesia. Number HK.00.06.11.4080 dated December 7, 1997, coinciding with 06 Rajab 1418H, AKBID started operations.

In 2006, based on the Decree of the Minister of National Education No. 235/D/O/2006 dated December 22, 2006, coinciding with 01 Dzulqoidah 1427H. The two academies merged into the RS Foundation’s College of Health Sciences. Islam Surabaya (STIKES YARSIS), by opening and organizing 3 (three) Study Programs, namely: Diploma III (D3) Nursing Study Program, Diploma III (D3) Midwifery Study Program and Nursing Strata 1 (S1) Study Program. In 2010, the three study programs accredited by BAN-PT, obtained B results by the Midwifery study program, while the other study programs still obtained C. In 2011 there were additional study programs based on the Decree of the Minister of Education and Culture No. 312/E/0/2011 dated December 29, 2011 to coincide with 03 Muharram 1433H regarding the Implementation of Professional Study Programs. 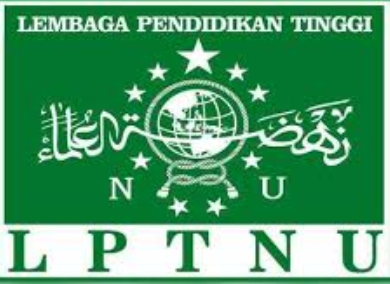